Aérea Negrot is a complex and colourful artistic soul who has found her distinctive voice in the expression of music. The word Aerea itself is an adjective relating to sky and air, things that travel by airmail, suitcases, airlines, winged being. The act of Singing for Aérea evolved out of a survival mechanism while in the streets of Amsterdam; a result of being put out, paradoxically, by a flight attendant lover.
Aérea was born in La Guaira on the Venezuelan coast, a city with the most important airport in Venezuela. As a child, her Grandfather would take her to the airport every Sunday to watch the planes take flight.
Aérea’s nomadic roots have brought her to Berlin, where she now resides. In the production of her music Aerea continues in her search to find self.In addition to music, this performance includes multimedia material created by the artist Rafael Scovino, who creates most videos for Aérea.
Since 2008, Aérea Negrot forms part of the band Hercules and Love Affair, for their new CD, which will be launched at the beginning of 2010. At the same time, Aerea Negrot..s track “All I wanna do” will be released by the record Label Bpitch Control. 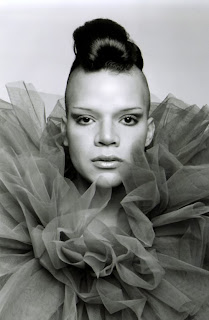 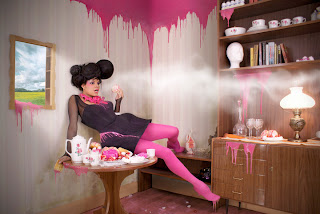 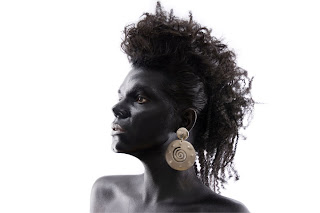 Posted by commecicommeca at 4:41 AM